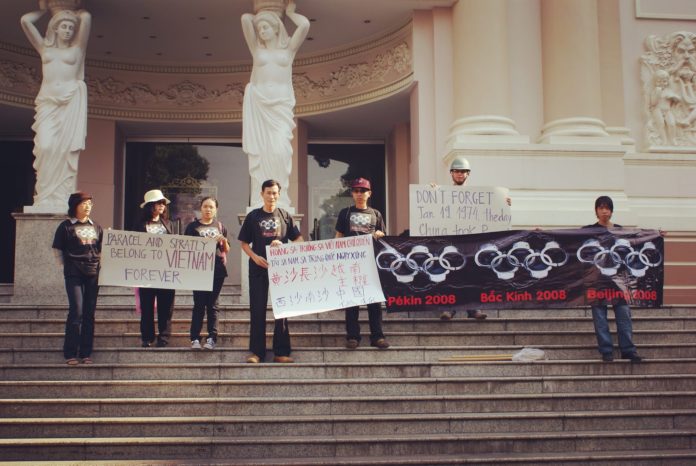 Global Freedom of Expression is an academic initiative and therefore, we encourage you to share and republish excerpts of our content so long as they are not used for commercial purposes and you respect the following policy:

Attribution, copyright, and license information for media used by Global Freedom of Expression is available on our Credits page.

Nguyen Van Hai under his pen name, Dieu Cay (Peasant’s Pipe), is considered as one of the Vietnam’s most influential bloggers whose blog posts were about issues considered sensitive to Vietnam’s Communist Party-run government. He was sentenced in September 2008 to two and a half years imprisonment for tax evasion after being arrested earlier in April 2008. However, one day before he completed his prison term on October 18, 2010 he was charged with “conducting anti-state propaganda” and was sentenced to 12 years in prison on September 24, 2012. He was granted an early release in October 2014 and sent into exile in the U.S.

Hai received his reputation as a political blogger when he first created his own personal blog in 2007 in which the content was about the life of people in contemporary Vietnam regarding social justice. He and his friends created the Free Journalists Club (FJC) in the same year without official permission. He then started its blog talking about the struggle for justice and freedom of Vietnamese citizens. The man traveled throughout Vietnam to write stories on disadvantaged communities. He was often harassed by the government authorities because of what he wrote. [1]

He was arrested on April 19, 2008 by police officers in a cafe in Dalat, a city in the South of Vietnam. No information about the charges contained in the warrant since no one witnessed the arrest. He was handcuffed and secretly taken back to the capital city and had no access to legal assistance. His lawyer, Le Cong Dinh, who was hired by his family said that he was not allowed to meet the blogger during the investigation of police and the trial date was not informed. Nguyen Van Hai was later charged with tax invasion, and the Ho Chin Minh City People’s Court sentenced him to 30 months in prison on September 10, 2008. It was later found that the tax invasion charge was a set up to put the blogger into prison. [2]

One day prior to the completion of his prison term, he was charge with another offence which was “spreading propaganda against the state”. The blogger had to remain in prison and the Ho Chi Minh City People’s Court sentenced him to twelve years in prison on September 24, 2012 under Article 88 of the Criminal Code. The public was not allowed to witness the trial even though it was announced as public. The cell phone signals were jammed and many people were beaten and harassed. [3] The trial took five-hour and was seemed to be predetermined. The defense was allowed to speak within a limited time. Hai stood up and defended his freedom of expression by saying “According to Vietnamese law, and international conventions that Vietnam has agreed to respect, citizens have the right to freedom of expression” It was reported that his microphone was switched off after this statement. [4] His appeal was later denied. [5]

On October 21, 2014 Nguyen Van Hai was released early from the prison. He was forced into exile as being directly taken to Tan Son Nhat airport in Ho Chi Minh City for a flight to the United States. His family were noticed when his plane was already departed. According to the U.S. department spokeswoman, Marie Harf, it was Hai’s decision to go to the United States.  The circumstance is doubtful since Hai had refused to make an official application to the authorities for him to be freed from prison two months prior to the release. He demanded the unconditional release and the explanation from the authorities for his initial arrest. [6]

The case is believed to be predetermined and the charges against him are politically motivated for him to stop criticizing the state.

The imprisonment of political bloggers in Vietnam happens very often. The country is dubbed as the world’s second biggest prison for netizens after China according to the Paris-based organization, Reporters without Borders in its 2012 Internet Enemies report [1].

Global FoE could not identify official legal and government records on the case and information on the case was derived from secondary sources. Global FoE notes that media outlets may not provide complete information about this case. Additional information regarding legal matters will be updated as an official source becomes available. 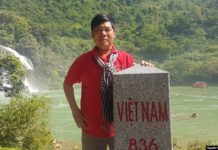 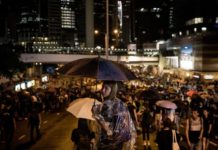 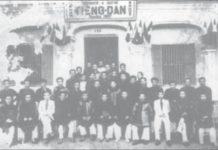