On May 2, in Ho Chi Minh City, a group of ten government loyalists brutally attacked Le My Hanh, a female environmental activist from Hanoi for her activities which aim to promote multi-party democracy, human rights and environmental protection.

The attackers, who included women, broke in the private residence of Hanh’s friend, using tear gas to assault Hanh and her friend and brutally beating them. The attackers filmed their actions and later posted videos on their Facebook accounts.

This is the second attack against Hanh within one month. On April 5, she and blogger Trinh Dinh Hoa were brutally beaten by Hanoi-based government loyalists in Ho Tay (West Lake) as they were broadcasting a Facebook live stream about the environmental disaster caused by the Taiwanese Formosa steel plant in the central coastal region in April 2016.

One day later, independent civil organizations and hundreds of local activists jointly signed a petition to Vietnam’s authorities to demand a thorough investigation into the case to hold perpetrators to account.

Human rights advocate Nguyen Van Dai has refused to receive monthly food supplements from his family, likely conducting a hunger strike in Hanoi’s B14 detention facility in a bid to protest his extended pre-trial detention.

Vietnam’s authorities are likely to have extended the investigation period relating to Dai, a human rights lawyer, by two months, bringing the total pre-trial detention period against the prominent dissident to 18 months.

Authorities in Vietnam’s central province of Nghe An have launched a public campaign against Catholic priests Dang Huu Nam and Nguyen Dinh Thuc of the Phu Yen parish. Both have been outspoken about the environmental disaster caused by the Taiwanese Formosa steel plant.

In particular, authorities in Quynh Luu district have requested local mass organizations such as the women’s association, the war veterans’ association, the youth communist delegation and school students to organize meetings and street demonstrations to condemn the two priests, who advocate for lawsuits against the Taiwanese-invested Formosa in relation to the environmental catastrophe it caused.

On May 2, Nguyen Huu Tan, a Hoa Hao Buddhist follower from the Mekong Delta province of Vinh Long, was found dead in a local police station with his throat cut and many injuries to his head. The local police said that Tan committed suicide, using an investigating officer’s letter opener to cut his own throat, but his family suspected that he was killed by police during interrogation.

And other important news 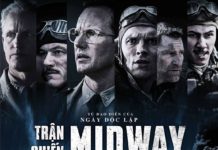 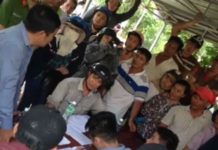 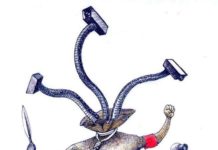