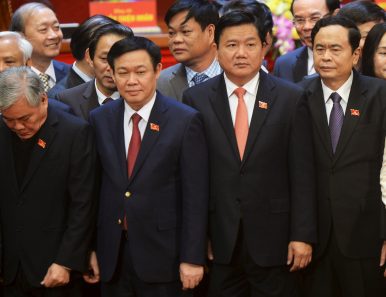 Questions have arisen about the anti-corruption campaign that saw the first firing of a Politburo member in 21 years.

Within four days, Dinh La Thang suffered a fall from grace not seen in Vietnam’s Communist Party in over two decades.

The Party’s Central Committee voted Thang out of the elite 19-member Politburo with a 90 percent vote on May 7. Three days later, it was confirmed that he had also been fired from his position as de facto mayor of Ho Chi Minh City.

Thang, the party explained, bore responsibility for hundreds of millions of dollars disappearing from state coffers. He subsequently accepted his punishment as “reasonable and sensible” in the midst of infighting targeting the more corrupt elements of the party.

While Thang isn’t the first Politburo member to face expulsion, none have been sacked since 1996 and Thang is the first to lose his job on anti-corruption grounds. Party General Secretary Nguyen Phu Trong, who is Vietnam’s de facto head of government, vowed at a May 13 town hall meeting in Hanoi that “more [cases] will come” in the fight against graft.

Thang’s patronage networks, however, may have been entangled with those of a deposed prime minister who also happened to be Thang’s former benefactor. Owing to the party’s secretive culture of silence on infighting, suspicions have emerged that Thang was politically targeted.

“The party knows that [corruption] is the thing that most threatens their legitimacy and monopoly of power,” said Zachary Abuza, a specialist in Southeast Asia teaching at the National War College in Washington, DC, adding that Thang is also disliked by the dominant faction in the party.

“To be sure, the more conservative faction of the party leadership have never liked Dinh La Thang, and they’ve had him in their sights for a few years,” he added.

Nguyen Tran Batt, a Hanoi-based lawyer who specializes in advising foreign investors about Vietnam’s political and legal landscape, described the investigation into Thang and his network as a deeply layered crime mystery rather than a political purge.

“Mr. Thang is a politician that is like an onion with many layers forming his body. The fight against a politician must be carried out step by step to peel each skin to look at the final skin,” he said, adding that he agreed with the Central Committee’s decision to fire Thang.

A Lack of Due Diligence

Thang’s downfall stems from his time as general director of the state-owned PetroVietnam oil and natural gas company between 2009 and 2011.

Among his misdeeds, according to the party, was investing 20 percent of PetroVietnam’s capital into the ill-fated Ocean Bank, against regulations. Owing to the bank’s loss of $88 million, 48 former executives of the firm are currently facing charges for criminal mismanagement. The indicted include Nguyen Xuan Son, former chairman of PetroVietnam, who was arrested in 2015 on charges of abusing his position of power and deliberately violating managerial rules.

Thang was also said to have lost $532 million in a Venezuelan investment, as well as regularly awarding contracts without public bidding.

It’s unclear that Thang personally benefited from graft, but Vietnamese law treats any major loss at a state-owned enterprise as a serious crime worthy of long prison sentences.

“While no evidence has emerged that Thang personally profited form corrupt acts, he has been exposed as a weak administrator,” said Carlyle Thayer, a Southeast Asia expert and Emeritus Professor at the University of New South Wales.

“Since Vietnam criminalizes individuals for causing severe losses to the state, it was only a matter of time that the anti-corruption investigation would move up and expose Thang’s failure to exercise due diligence,” he added.

While the state-controlled Vietnamese media usually avoids singling out individuals for corruption, accusations against Thang went viral on social media after Huy Duc, an author and journalist whose independent blogging cost him his job at a state-owned newspaper in 2009, denounced Thang on Facebook for alleged corruption.

Thayer said that the unauthorized public spotlight on Thang’s case made punishment inevitable.

“The amount of publicity given to this case is too great for Thang to escape dismissal as party chief in [Ho Chi Minh City],” he said.

Thang is not the only prominent official to find himself on the losing side of the party’s will in the past year.

His former colleague, ex-Prime Minister Nguyen Tan Dung, was forced to retire following the 2016 Party Congress, where he lost a power struggle with Trong.

During his time as premier from 2006 to 2016, the same time period as Thang’s appointment to PetroVietnam and promotion to minister of transport, Vietnam saw impressive economic growth alongside major corruption scandals.

The most notable scandal took place at Vinashin, a state-owned shipbuilder that racked up a $4.5 billion debt and defaulted in 2010 on $600 million in loans. When Moody’s downgraded Vietnam’s sovereign credit rating in the same year, it cited Vinashin as a reason.

Infighting, which the state is generally able to keep secret, over Dung’s role in Vinashin and other suspect dealings revealed itself in extremely rare public criticisms.

In November 2012, lawmaker Duong Trung Quoc broke the customary appearance of Party consensus when he told Dung to resign during a televised parliamentary gathering.

In a 2013 vote of confidence in the National Assembly, Dung received 160 votes of “low confidence.” While the majority voted for confidence, divisions in government had once again entered the public sphere.

“To be sure, he was dogged by corruption and nepotism allegations. But he clearly grew the economy, which tends to make people a little more forgiving,” said Abuza.

Dung ended his premiership without censure. Although he was forced out of government, neither the Party nor Vietnamese media gave any indication of infighting and Dung was allowed to quietly retire. His exit, however, left cadres in his patronage network exposed.

Making matters worse for them, said Abuza, U.S. President Donald Trump scrapped what may have been Dung’s most positive enduring legacy. It was largely thanks to Dung that Vietnam signed the Trans-Pacific Partnership (TPP) trade deal, which was expected to have benefited Vietnam’s export-dependent economy through increased access to the U.S. market.

“[Trump’s] withdrawal from the Trans-Pacific Partnership and the seeming lack of commitment toward regional peace and security has left the advocates of the TPP and deepened reform exposed,” said Abuza.

“It’s very hard for them to say that their strategy, based on the TPP, which entailed painful reforms and concessions, and deepened engagement, has borne a lot of fruit, vis-a-vis China,” he added.

Nguyen Tran Batt, the Hanoi-based lawyer, said the Central Committee is currently investigating ties between Thang and Dung to determine if the two plotted together to either undermine the Party or enrich themselves.

“Mr. Thang and former Prime Minister Dung were members of the Central Committee when Mr. Thang had three terms, so obviously Mr. Thang and Dung have a relationship with each other,” he said.

Batt stressed, however, that the investigation was a matter of pursuing criminality rather than political scoring.

“I do not believe the discipline decision against Mr. Thang is a political purge,” he said.

Thayer, while not discounting intra-party rivalries entirely in Thang’s case, warned against attributing his firing solely to an attempt to clear the party of Dung’s patronage network.

“[Dung] has a support base but it is too simplistic to view all infighting in Hanoi as between the supporters of Secretary General Trong and former Prime Minister Dung,” he said, adding that Thang’s own support base came from those who benefited from his poor oversight at PetroVietnam, as well as from Thang’s time as minister of transport.

“My understanding is that Secretary General Trong and a small group spent seven months studying this case before acting. The corruption and mismanagement issues at [PetroVietnam] were too big to ignore.”

Abuza attributed Thang’s sacking to an anti-corruption strategy aimed at targeting high-profile targets to deter others, rather than addressing the root systematic causes.

He pointed out that the party, despite some officials having a more conservative streak, is already united on the major issues. “There is broad consensus on the economic reform program. There are debates over pace and scope,” he said.

Dung and Thang did share one characteristic that Hanoi-based civil society organizer Nguyen Anh Tuan, who is a project manager for the unregistered NGO Voice, said grated the conservative faction.

“Thang was kind of a populist leader,” he said, citing Thang’s penchant for being outspoken on solving urban problems affecting quality of life for Ho Chi Minh City residents.

“And whenever he appears on media, he looks good. Dung was the same way,” he added, citing Dung’s vocal anti-Chinese rhetoric.

“Dung was very vocal in criticizing China, but not taking actual action, kind of like Thang’s style,” said Tuan.

Populist appeals by individual politicians, said Tuan, went against the party’s traditional approach to politics. “They want to keep the old style of collective leadership,” he explained.

In the post-war era, Vietnam has minimized the visibility of living leaders while opting for the appearance of a unified party dictating policy. The only personality cult welcomed is Ho Chi Minh’s.

The Party’s Next Move

“His appointment as a deputy head seems to indicate he is being spared the outright dismissal and will be left to serve out his time out of the limelight,” said Thayer, adding that Thang has three years before the next Party Congress to either redeem himself or retire.

He said it is unlikely, however, that Thang will rise under the Party’s current leadership.

Thang’s replacement in Ho Chi Minh City is Nguyen Thien Nhan, another Politburo member who was most recently the chairman of the Vietnamese Fatherland Front, which serves as an umbrella organization for all registered social groups, ranging from sports teams to labor unions.

Nhan, a technocrat with a doctorate in cybernetics educated in East Germany and the United States, is known for having a cosmopolitan flair. He is one of the few top leaders in Vietnam to speak fluent English, a valuable trait in a city trying to reinvent itself as a global tech hub.

“I see Nhan as a ‘grey figure’ who fit in at the Front and kept a low uncontentious profile,” said Thayer, adding that his time in the Vietnamese Fatherland Front helped him negotiate a diversity of viewpoints.

“He bided his time, successfully as it now turns out,” he added.

But Tuan said that regardless of the merits of the party’s case against Thang or the performance of the city’s new boss, its decision to remove Thang comes at a cost of legitimacy.

Bac Pham has been reporting in Vietnam for 15 years, and has worked for numerous publications including The Straits Times. He has worked for Deutsche Presse-Agentur since 2008. 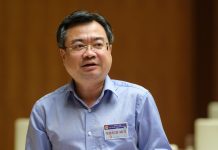 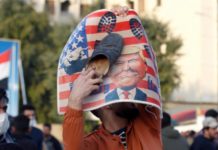 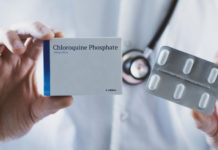 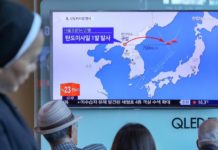